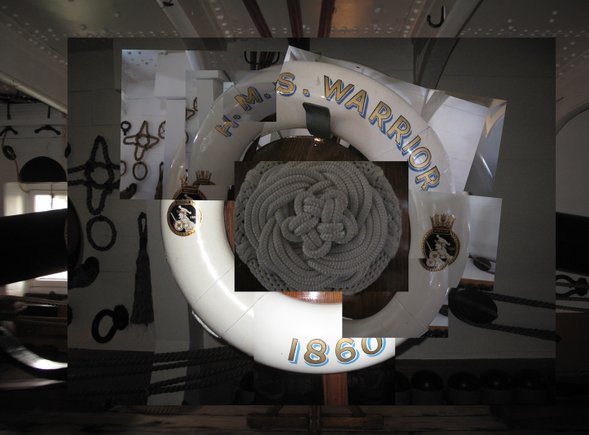 This series depicting HMS Warrior was produced by 16 young people ages 13 to 21 as their personal response to HMS Warrior. Over a period of ten weeks and 3 visits to HMS Warrior the participants engaged with the ship on all levels.

The project culminated with an exhibition on HMS Warrior. The group produced images of which one from each participant was selected and featured in a self published newspaper. Beautifully printed images where framed and hung all along Warrior's gun deck. The films were produced and shown on Warrior's lower decks. Finally the group working with actor Ben Claybon produced a sound scape that was also played in Warriors lower decks.

The young people's work reveals different aspects of the ship from large guns to small details of patterns that may go unnoticed by the infrequent visitor.

To see the self published newspaper or discuss the positive outcomes of the project please call Tracey.